Countries of the UE | Life & future of the EU | Yblog

Brexit and exit from the EU: the day(s) after 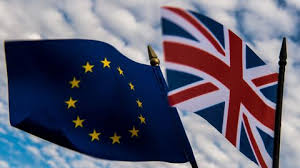 Boris Johnson’s clear victory in the British parliamentary elections on 12 December 2019 paved the way for the “Brexit” scheduled following the membership referendum on 23 June 2016. However, this is only the umpteenth but not the last episode in a political process that is far from being completed, and that needs to be addressed on the basis of some complementary political considerations.

1. The divorce between the UK and the EU is to be over, to the great relief of the 27

The European Union is neither an empire nor a “prison of the peoples”: we already knew that it was possible to refuse to be part of it (example of the two negative referendums in Norway), we will now know that it is just as possible to leave it – and this should close the beak for a while to all those who mention “the European Soviet Union”.

The popular majority in favour of Brexit on 23 June 2016 was certainly not overwhelming (52%); it echoed an original and persistent unease in UK-EU relations, but also circumstantial concerns (related to the financial economic crisis, the influx of Central European citizens, the refugee crisis, etc.). This majority of “Brexiters” is hardly more significant today: the Conservatives and the “Brexit party” only won 47% of the vote on 12 December – but their opponents bear the responsibility for failing to form a united and convincing front against them. It is therefore logical that Brexit takes place on 31 January 2020, in line with Boris Johnson’s campaign promise.

The other 27 EU countries have often welcomed the choice of “Brexit” with sadness, sometimes with misunderstanding – always with apprehension: it is indeed nothing less than an amputation, which will be detrimental to both the UK and the EU, in an unstable and adverse world where strenght lies in unity more than ever. However, the 27 did not prevent the implementation of Brexit, because it reflects a sovereign democratic choice. After the official notification of the divorce wish on 29 March 2017, they patiently negotiated and concluded a withdrawal agreement that the British authorities failed to have ratified by their parliament. This led them to grant several additional delays to the UK in order to avoid a “no deal”, and then to agree to amend the initial agreement after Boris Johnson came to power. Rather, it is the impatience and even exasperation that has grown in recent months, in Paris and elsewhere, over the British failure to validate the divorce agreement with the EU – and the relief of being able to move forward that now prevails.

It is therefore at the end of a rather chaotic process on the British side that the 2nd version of the EU-UK withdrawal agreement will be ratified, and then the UK will experience its 1st “day after”. However, 1 February 2020 is to mark the advent of an “Institutional Brexit” (the British will leave all EU institutions) but also a “Virtual Brexit”, since they will continue to apply EU norms until at least 31 December 2020 – and it is until then that the problems will start again…

2. The negotiation of future EU-UK relations brings multifaceted political tensions between and within the UK and the EU

Seasons 1 (referendum) and 2 (withdrawal agreement) of the “Brexit” series will probably soon only appear as kind appetizers in view of the main course that awaits the British and Europeans in defining their future relations. In fact, negotiating a “civil union” that soon after a divorce is rather unusual… It will be all the more difficult as the transition period planned to do so is now reduced to 11 months; it is moreover before 1 July 2020 that the UK and the EU will have to decide, in order to avoid a possible “no deal”, whether they will postpone by one or two years the « effective Brexit » in legal and concrete terms.

Many observers and actors stress the impossibility of concluding an economic and strategic partnership in a few months, since it generally takes the EU at least 3 or 4 years to reach trade agreements with third countries – hence the return of inevitable debates on the need for a new “extension”, in theory fixed only once. The fact that the UK and the EU negotiate on the basis of full legal alignment (the UK still having a status equivalent to that of a Member State) should certainly reduce the usual time limits. But it also creates a new challenge: it will not be a question of working towards tariff and regulatory convergence between the two partners under discussion but of defining and managing the degrees and risks of mutually desired or potential differences.

Negotiations on these future EU-UK relations will exacerbate internal tensions within the UK : those with Northern Ireland were already high as discussions on the possible return of a border between the “two Ireland” had to be discussed as soon as the divorce agreement was drafted; those with Scotland will certainly develop, taking into account the popular will of this nation to remain a member of the EU and the very good score achieved by the Scottish National Party on December the 12th. As soon as the sovereignist and identity component of Brexit will find satisfaction with the institutional Brexit of 1 February 2020, it is now the tensions between two very contradictory Brexit that will also emerge in the open: on the one hand a “liberal Brexit” aimed at establishing a “Singapore on the Thames” through free trade agreements and regulatory, fiscal and social deregulation; on the other hand a “protectionist Brexit” concerned with protecting itself from the effects of the free movement of people but also from economic globalisation, particularly in the Midlands which recently joined the “conservative” vote. It will take all Boris Johnson’s balancing and huckster skills to succeed in positively reconciling the contradictions between these two Brexits in the coming months….

Perfectly united during the discussions on the divorce agreement, thanks in particular to Michel Barnier, will the Europeans be able to remain so when it comes to negotiating and concluding a new economic and strategic partnership with the UK? The fear of unfair competition from the UK and the need to maintain a level playing field for economic exchanges should form the basis for the political cohesion of the 27 during this second phase. This cohesion will be all the more useful as the economic “diminutio capitis” that Brexit constitutes for the UK will almost automatically force it to strengthen its attractiveness and competitiveness through compensatory measures (which will probably not be limited to adjusting the exchange rate of the pound…).

Beyond this structural challenge, the divergence of interests between the economies of the 27, both globally and sectorally, but also the differences in the inclination of their societies towards the UK, will inevitably generate frictions throughout the forthcoming negotiations. The way in which Europeans manage to keep their frictions within acceptable limits will be decisive for the outcome of the UK-EU separation process, since the future partnership agreement will have to be validated by all the parliaments of the 27 (national and sometimes regional), and not only by Westminster… Otherwise, the risk of a “no deal” will reappear, except if the UK was to remain permanently in the temporary status to be in place from 1 February 2020.

3. Brexit will not (yet) take place: waiting for the real “day after”

“The Economist” had made a serious mistake in predicting a “domino effect” of the Brexit on the first page of its British post-referendum delivery: not only has no other government organised a new membership referendum since then, but all the available opinion polls indicate that the peoples’ desire to remain in the EU is overwhelmingly strong, and that it has even often increased. At this stage, the “Brexit” and the difficulties it causes have rather served as a counter-advertising for the Europhobic forces, who consider it preferable to convert to Euroscepticism without further proposing to leave the EU. Their evolution, whether sincere or tactical, is even more marked in the member countries of the euro zone and the Schengen area, both of which bring economic and human interdependence between Europeans to an even deeper degree than that established with the UK (which was not a member of either of them).

This elementary reminder should not, of course, dissuade licensed europhobes from claiming from the early hours of February 1, 2020 that the “Brexit” is going very well, and that the Cassandras who pointed out its harmful effects lied to the peoples… And for good reason: this institutional and virtual Brexit will only have the immediate effect of depriving the Brits of their decision-making powers in Brussels and Strasbourg, while continuing to apply EU standards – by temporarily maintaining them in a “Norwegian-style status” that the Conservatives have excluded from extending.

With regard to the “effective Brexit”, the real “day after” will not occur until 1 January 2021 – unless it is 2022 or 2023: it is in the months to come right after that it will be possible to measure the concrete effects of an exit from the EU, and not before. For the time being, it is only possible to point out that the uncertainties and hesitations associated with Brexit have already proved costly in terms of investment, growth points and purchasing power – even though the UK has avoided recession and is not doing so badly, but simply not as well as if Brexit had not been programmed.

All in all, it would therefore be more lucid to compare Brexit to a divorce considered desirable for political and psychological reasons, despite its undeniable economic and financial costs – while claiming that everything will be much better once the UK has “rebuilt its life” in a few years’ time… It is only on this horizon, precisely when Boris Johnson is called upon to complete his new term as Prime Minister, that it will be possible to say whether Brexit is a successful bet or not – and perhaps to reassess his appealing capacities in the eyes of other EU peoples.

For Brexit, Boris Johnson’s clear electoral victory is a useful clarification, but it only marks the “end of the beginning” rather than the “beginning of the end”: “get Brexit done” remains a political challenge more than ever before, for both the British as well as for the Europeans.

Partagez
﻿
Previous
On Antena M : “Makron i Balkan: “Ne” koje znači “možda”?”
Next
On BFM Business : the economic challenges and consequences of Brexit