The European “Recovery plan” : a nice break in continuity 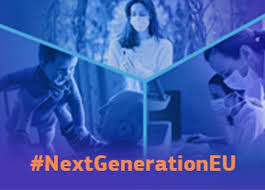 The €750 billion “Recovery Plan” proposed by the Von Der Leyen Commission to tackle the economic crisis linked to the coronavirus is a historic contribution, both in terms of solidarity between EU Member States and for the deepening of European integration.

Untitled « Next Generation EU », this Plan comes on top of the decisive interventions of the ECB (at least €1,350 billion) and other substantial financial contributions from the EU budget, the European Investment Bank and the European Stability Mechanism (totalling €550 billion). It reflects a “de facto solidarity” celebrating the 70th anniversary of the luminous Schuman Declaration, which is seen as necessary for Member States to preserve the “concrete achievements” of the single market and the euro.

EU countries which have complied with their commitments in terms of public deficit and debt have more budgetary room for manoeuvre and have less need of such a Plan than Spain or Italy: but they should agree to it given the strong economic and monetary interdependence of Europeans, helping themselves while helping their neighbours.

Should two thirds of the €750 billion provided for in the Recovery Plan be indeed grants, its implementation will contribute to doubling the scale of financial transfers made by the EU over the period 2021-2023. As a matter of fact, this €500 billion will be in addition to the three annual budgets of around €165 billion provided for in the negotiations on the “Financial Framework 2021-2027”, for a total of around 2% of EU GDP.

Since it is not state debts that will be pooled at federal level, this will not be a “Hamiltonian moment” comparable to the one that occurred in the USA at the end of the 18th century. But it will be a milestone for Europeans, which has yet to become a reality thanks to the agreement of the 27 heads of state and government of the EU countries and then its ratification by all their parliaments.

The EU Recovery Plan owes a great deal to the proposal initially put forward by France and Germany, whose leaders were able to bring their positions closer together in the service of the European common interest, on the basis of a sustained and constructive dialogue. As at other key moments in the construction of Europe, their understanding owes as much to France’s traditional responsiveness and inventiveness as to Germany’s unfailing spirit of responsibility and solidarity.

It is to be hoped that the same awareness of the acuteness of the challenges to be faced and the same unifying state of mind will inspire all national leaders and stakeholders in the major financial negotiations currently under way. And that this negotiation will be marked by mutual respect and understanding, rather than being poisoned by anathemas and stereotypes. It is by being “united in diversity” that EU countries will be able to forge a global compromise, taking into account national sensitivities and partisan and institutional power relations.

It is to be hoped that this compromise will then allow the effective and rapid disbursement of a financial windfall that will be decisive for many sectors and territories of the EU – as well as for its economic and political resilience.

Partagez
﻿
Previous
On France Info: the European Council negotiations on the “Recovery plan”
Next
Brussels-Paris-Wien : Austria, France and the EU Recovery Plan