Life & future of the EU | Media | Powers of the EU

In Atlantico : the priorities, competences and deficiencies of the Commission and the EU 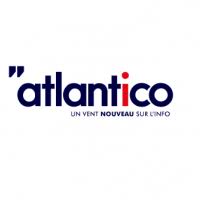 In Atlantico on September 17, 2020 for an interview following the 1st State of the Union speech of Ursula von der Leyen and dealing with the priorities, competences and deficiencies of the European Union. Published under the title “L’Europe gruyère d’Ursula von der Leyen“, this interview crossed with Christophe Bouillaud in response to the following four questions:

#1 : In her speech on the State of the Union, Ursula Van Der Leyen insisted on three priorities: The “green deal”, the digital revolution and geopolitics. Do you share these priorities? Do you see others?

#2: Before talking about the negative points, in which areas is the European Union really effective?

#3: Moreover, are there areas of the Union’s competence in which it is lacking or even non-existent in practice?

#4: On what subjects could and should the European Union take advantage of when it is not in an institutional position to do so?

Partagez
﻿
Previous
In Les Echos : Ursula von der Leyen’s 1st State of the Union speech
Next
In Paris : Turkey, Greece and the tensions in the Eastern Mediterranean