“United in subsidiarity” against Covid-19: European achievements to be welcomed and amplified 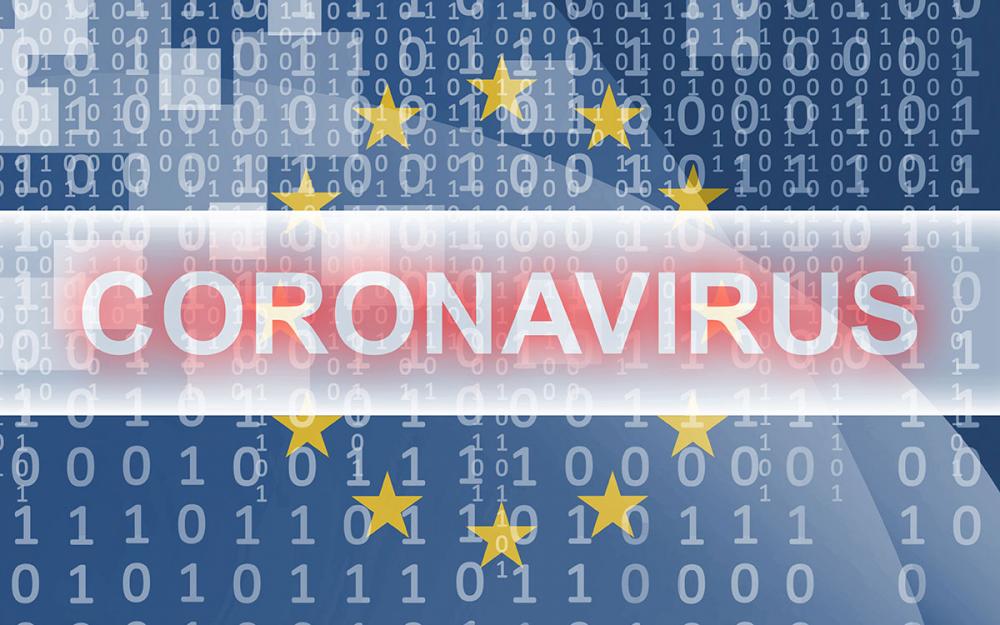 The global spread of the coronavirus is creating a health, economic and social crisis in Europe, which threatens to turn into a political crisis against the background of high tensions between EU countries. It is therefore essential to better identify the content of the responses that the EU and its Member States are formulating to deal with this multifaceted crisis (1), but also to clarify the issues at stake in the debate that they raise (2), before drawing all the lessons from them in order to project Europe into the post-crisis period (3).

On the first point, it should first of all be stressed that Europeans must deal with the coronavirus crisis within the legal and political framework laid down by the EU Treaties. It is therefore essentially the Member States that have the most important crisis management tools at their disposal, with the complementary but decisive intervention of the EU.

1. European responses to the health crisis: a coordination between member states to be strengthened

As public health is largely a national or even regional competence, EU countries are in the front line when it comes to fight coronavirus. The criticisms denouncing the “deficit of Europe” in the face of this crisis are both paradoxical and globally unjustified. Would those who make these criticisms have accepted the legitimacy of lockdown decisions taken by the European Council or even the Commission? And will they accept the strengthening of the EU’s powers of coordination and intervention in health matters once the lessons of the crisis have been learned?

At this stage, EU interventions have been limited to coordinating the implementation of health measures adopted by Member States, within the framework defined by Article 196 of the TFEU on the prevention of natural or man-made disasters and protection against their effects. In particular, it is the tools available within the framework of the European “civil protection mechanism” that have been mobilised (ERCC crisis centre, European civil protection reserve made up of civil protection experts, means of transport and equipment, European Medical Corps, etc.). An additional reserve of medical equipment was even created for the occasion (“RescEU”), including respirators and masks, 90% financed by the EU and 10% by the member states, for a budget of €50 million. The launch of a joint call for tenders for the purchase of medical equipment and the financing of European research projects on vaccines are also part of the European interventions which usefully complement the health mobilisation of the Member States.

Solidarity actions between Member States have also been set up, in particular for the transfer of patients or the dispatch of medical equipment needed to combat the coronavirus – after the Commission usefully had to remind Germany and France that it was illegal to prohibit the export of medical equipment to Italy and other EU countries.

These early stages alone underline the need to learn the lessons of this crisis in order to strengthen the EU’s health coordination capacity: on the one hand when it comes to planning the way out of the crisis, and in particular the end of the periods of lockdown and restriction on the free movement of persons, in order to prevent further spread of the virus and to support the recovery of economies; on the other hand in order to broaden the funding and scope of intervention of the European Civil Protection Mechanism on our continent, in line with the proposals made by Michel Barnier almost 15 years ago.

2. Economic and social responses that are first and foremost national: a European flexibility to be valued

The lockdown strategies that are gradually being put in place in almost all EU countries have led to an artificial coma of the economies and companies of our continent, which again places the Member States in the front line. Financing short-time working or compensating newly unemployed workers, deferring or reducing the compulsory levies paid by economic players or financing emergency medical and hospital measures are all decisive actions in the intervention register of the States and/or their regional authorities.

In this context, the European institutions have taken the necessary steps to give Member States all the room for manoeuvre they need, by agreeing to take advantage of the flexibility of the marriage contracts signed when the common market was created, and then the euro zone: on the one hand, by giving free rein to state aid granted to companies in EU countries; on the other hand, by activating the “general suspension clause” of the Stability and Growth Pact, which allows Member States to allow their deficits to run well above 3% of their GDP.

Similar flexibility was granted for the activation of safeguard clauses allowing the return of systematic border controls in the Schengen area. The EU institutions have provided Member States with guidelines on the measures to be taken at borders to protect citizens’ health while allowing the free movement of essential goods (via specific corridors) and the free movement of medical staff. Further adjustments are to be foreseen, for example in the field of agriculture, in order to facilitate the movement of seasonal European workers, whose presence is indispensable for many spring harvests on our continent.

It is important to make proper use of this welcome European flexibility, which runs counter to the bogus trials regularly brought against the alleged “Brussels dogmas” – unless we want to let celebrate a more fundamental challenge to the European commitments made by the Member States and formalised by the Treaties. This valorisation of the temporary flexibility granted by the EU is all the more essential as it is also a question of preparing for the post-crisis period, i.e. the moment when the spirit of marriage contracts concluded between Europeans in terms of freedom of movement and public finances is to be restored.

3. The use of European budgetary and financial tools: solidarity to be deepened

After some initial procrastination, the EU institutions have rather convincingly mobilised the budgetary and financial tools at their disposal, which materialise solidarity between Europeans.

The European Commission has gone to great lengths twice to announce the establishment of a special fund of 25, then 37 billion euros, to be supplemented by unused structural funds, without excluding the possibility of mobilising the Community budget even more. This budget is admittedly limited in size (barely 1% of the EU’s GDP), but it could have a decisive impact on the agricultural sector.

The European Investment Bank (EIB) has already granted €8 billion in additional loans to SMEs and has announced its intention to increase this amount to €20 billion.

The European Central Bank decided on 18 March to adopt a “Pandemic Emergency Purchase Programme” providing for public and private debt buybacks of €750 billion by the end of 2020. It announced that it could buy back the debts of the most needy states without complying with the limits set by the distribution of its share capital. In total, its interventions could exceed €1,000 billion, an unprecedented amount over such a short period of time.

These three notable contributions have not prevented the development of a lively debate on ways and means of deepening European financial solidarity, through a wide range of complementary actions and tools, from the adjustment of the next “multi-annual financial framework” 2021-27 to the raising of European resources on the markets (by the EIB, the European Stability Mechanism or through the issuance of project bonds) and through complementary interventions by the ECB (via its “Outright Monetary Transactions” programme).

These complementary and pooled financial interventions are necessary in order to enable all Member States to deal effectively with the crisis and the post-crisis period, in a Union so interdependent that the failures in one country or another would have a direct negative impact on its neighbors: it is not enough to let Member States spend as they see fit, it is also necessary to support those on the front line and whose budgetary margins for manoeuvre are very limited (particularly Italy). Such financial interventions also seem possible from a political point of view: unlike in the euro crisis, the coronavirus strikes all EU states and none of them can be suspected of being at the origin of this virus. As the European Council of 26 March was unable to reach a conclusion on the subject, its members gave themselves two weeks to deepen their reflections – which it is to be hoped will be conducted without totem or taboos…

In the meantime, it is highly desirable that all the European interventions already undertaken be known and valued as they deserve, but also that the terms of the public debate on what the EU is doing or not doing about the coronavirus be urgently clarified.

Partagez
﻿
Previous
On RFI : the calls to European solidarity in the face of the coronavirus
Next
The European « esprit de corps » against Covid-19: between solidarity deficit and communication deficit